Planting hope in Belarus with one million trees

A Belarusian civil society organization has planted more than 1 million trees in a Global Environment Facility-supported effort to help heal damage to the country’s forests inflicted by a widespread outbreak of bark beetles.

“Planting a tree is always about planting hope for the people,” said Anastasia Zhdanovich, Managing Director of the Belarusian Environmental Movement, a non-profit focused on solving environmental problems and fostering a progressive society that values nature.

Zhdanovich has reason to know about the value of planting trees.

She and the organization she leads have added 1.26 million saplings to Belarus’s forests through various initiatives. One million took root during a GEF Small Grants Programme project launched in 2018 that aimed to replenish trees lost to an infestation of the tiny and destructive bark beetle.

Bark beetles occur naturally in coniferous woodlands in Europe and North America and infestations are known to ebb and flow. However, outbreaks on the scale of those that have ravaged Central Europe’s evergreens in recent years are becoming increasingly common as drought and heat brought on by climate change prevent the beetles from dying off in winter and allow larvae to hatch earlier and breed more prolifically.

In Belarus’s Krasnopolsky district, forestry workers fighting to halt the spread were forced to clear-cut 150 hectares of trees by the start of 2019, five times the area culled in 2017. The severe losses in the area led the Belarusian Environmental Movement to choose it as the project’s target site.

Drawing on strong partnerships and innovative methods such as the nursery cultivation of mixed forest crops of invasive species invulnerable to the beetle, the project team was able to replace 160 hectares of lost forest, more than triple its 45-hectare target for the project.

A diverse set of volunteers joined the effort. According to the project team, schoolchildren, youths, pensioners, and people with disabilities all helped to plant trees and repair some of the scars left by the bark beetle invasion. 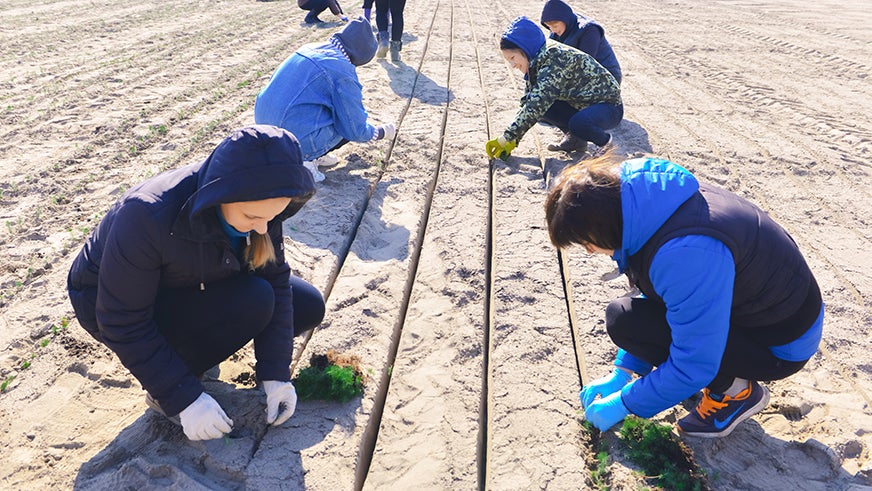 Their work will also help mitigate climate change, since the 160 hectares of replanted forest can absorb some 38,500 kg of carbon dioxide per day and emit 32,000 kg of oxygen.

The project’s success, fueled by a strong alliance of public environmental institutions, civil society organizations, local communities, and businesses, earned it a 2019 Partnership for Sustainability award from the United Nations Global Compact in the “Planet” category.

In an effort to shore up Belarus’s defenses against the bark beetle, the team tested a wide range of methods and technologies to allow outbreaks to be spotted sooner and tackled earlier.

It partnered with the Belarusian Federation of Unmanned Aviation to put various drones – multi-rotor and fixed wing – and cameras through their paces. The camera-equipped robotic aircraft can capture detailed high-resolution images of objects on the ground and proved very effective at pinpointing early signs of infestations during the tests. This should allow foresters to stop outbreaks by cutting down individual trees, rather razing swathes of forest. 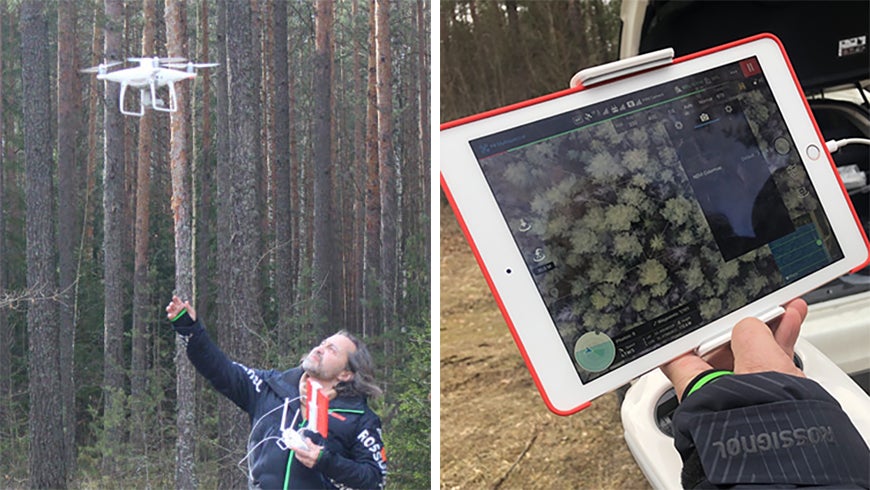 The team also tested pheromone traps, which can help detect bark beetle emergence early and monitor the progress of subsequent generations. This type of data can help researchers make better forecasts for future incursions and measure the success of countermeasures.

In 2020, project leaders shared all they had learned about tracking bark beetle epidemics in real time at seminars for officials. They briefed attendees on the newest monitoring technologies and techniques, ways to integrate acquired knowledge into government programs, and methods for raising public awareness of the problem and its potential remedies.

Other forestry bodies, which received a detailed report on the project, told the non-profit organization they would consider adding the most effective tools and methods to their battle plans against bark beetle infestations.

Zhdanovich, meanwhile, has gone global with her push to scale up forest restoration efforts by creating Tree Planted (www.3planted.com), an online portal that will allow individuals and organizations across the world to participate in climate change mitigation.